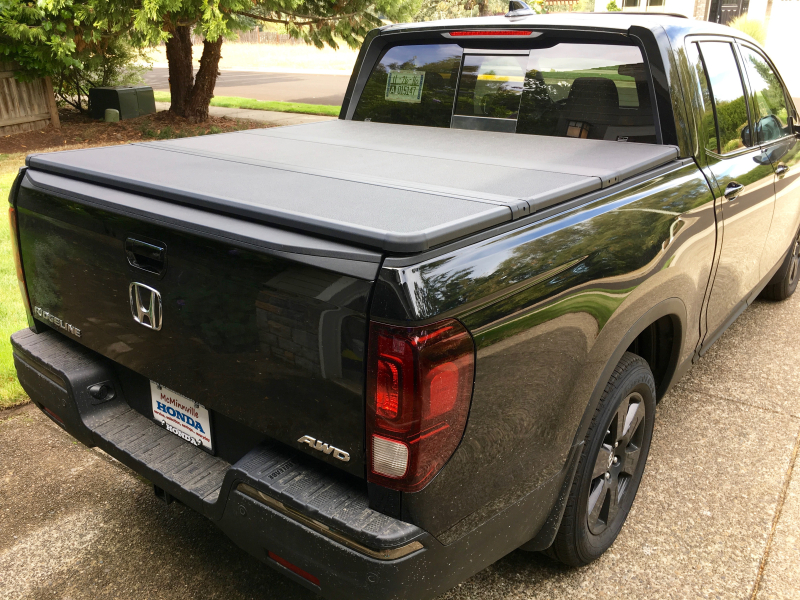 You don't always need to use a truck's bed, and when you're not carting around large stuff, it's often nice to have a cover on it. You get slightly better gas mileage, it looks better, and it keeps the bed mostly dry (but it's not sealed, you will get some water in the bed). I had a bed cover on a truck in the early 1990s and liked it, so I decided to shop around for the Honda official tonneau cover.

The local dealer where I bought the truck offered it to me at $1,097. That seems excessive. On eBay, you'll find several dealers selling it direct, but when shopping be sure to factor in the shipping costs, which on something this large and heavy are substantial. I ended up buying this cover for $840, shipping included, off a Honda dealer on eBay. It showed up about a week later, and weighed quite a bit more than I would have guessed.

Installation required a Torx t-50 socket to replace four of the existing tie-down points in the bed. The cover mounts still had tie down points, which was a nice touch. After installing the brackets, the cover hardware goes on in the front with giant wing nuts designed to be tightened and loosened by hand. The rear of the cover uses spring loaded handles that take some strength to engage and disengage but were quite easy. The cover neatly folds into thirds and can be kept folded up and still installed thanks to some handy straps.

The rear trunk can still be opened fully if you fold the back third of the cover, and removing the cover takes about 5 minutes to do by hand with no hand tools. About the only downside of the cover is that it probably weighs around 50lbs, which seems higher than I would have guessed and makes throwing it off and on a bit more of a commitment for one person to do by themselves. It doesn't lock the tailgate and isn't sealed from weather, but as a simple bed cover it does a great job and easily folds out of the way when you need some part of the bed.

Overall, I like it. It was a tad pricey (about $500-600 is what I was expecting for the features it has and is missing) but does the job and is easy enough to take on and off. 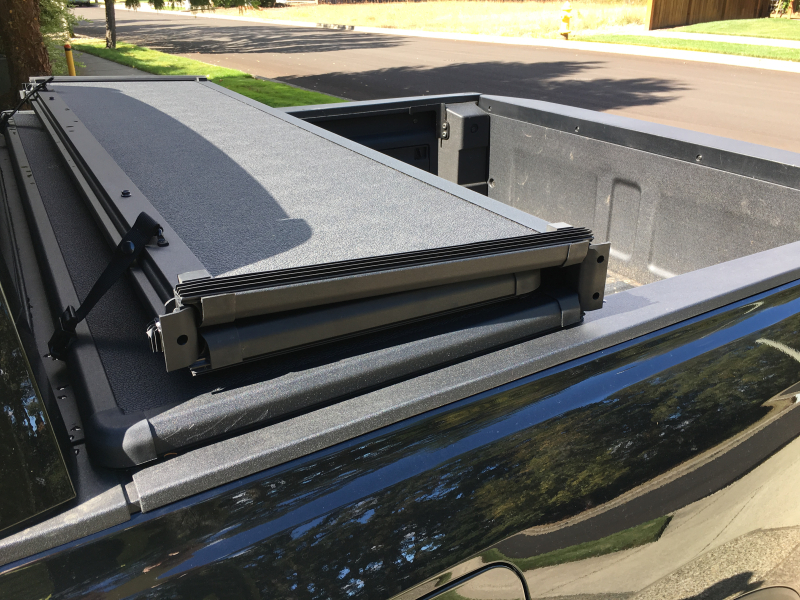