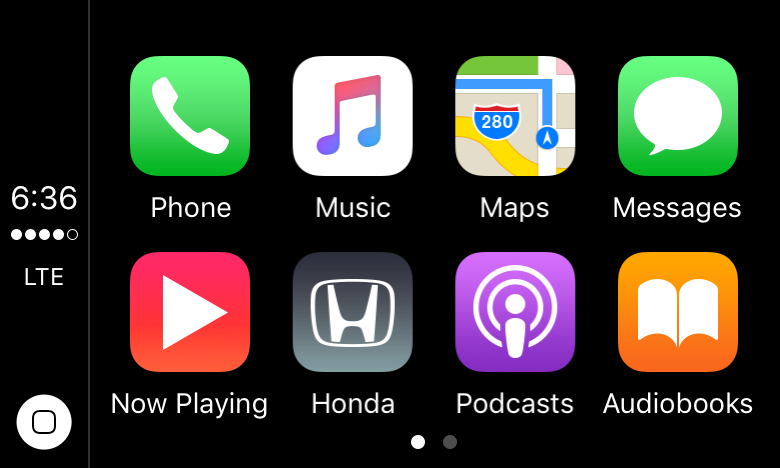 I love cars and tech, and one of the features I was most looking forward to in the Ridgeline was Apple CarPlay. Cars are technologically complex and getting more so every day. With decades of terrible car stereo design behind them, I was hoping Apple’s move into the area could improve things. When Apple announced CarPlay, I knew I’d buy one of the first cars with it, and while cars are more than just expensive iPhone docks with wheels, after the steering wheel and pedals, a CarPlay screen is likely the thing people interact with the most inside a car.

I’ve tried to do all I could with CarPlay in my first week in the Ridgeline. I sent and received plenty of texts, I  made phone calls and I’ve listened to a lot of music and podcasts. I tried apps already integrated and downloaded a couple new ones to test it out.

Overall, CarPlay feels a lot like the Apple Watch when it first came out. It’s a new platform and this is a first stab at the problem but it feels far from complete. The default screen accesses many common Apple apps and it definitely helps if you use Apple Music, Apple Maps, iBooks Audiobooks, and Apple’s Podcast app to enjoy all the built-in capabilities. When I first sync’d my phone with the truck, the only 3rd party app on my phone that worked with CarPlay was the podcast app Overcast. Unfortunately, on Hondas, Overcast couldn’t be used natively to play shows–I had to use the app on my phone to start them up (a bug with the play button in CarPlay).

Most features of apps are disabled, and there’s just the bare minimum functionality offered up, which is good for driving safety. You will never see a on-screen keyboard in CarPlay and that’s fine, but it does limit what each app can do. Phone calls and text messaging is all done by voice, and I thought navigating those apps would be frustrating to use, but for the most part it’s fairly easy to compose and send a text to someone while driving. It takes about 30 seconds total and there are only three voice prompts and voice recognition was better for me than usual. Since app functionality is limited, I do find I occasionally use my phone to search for an album to play (apps don’t typically have search on CarPlay).

CarPlay doesn’t disable your phone completely, but instead mirrors apps on your phone or uses the phone as a second screen. Music apps show the player controls, the Apple Maps app shows turn by turn directions on your phone while the map displays in the console. If you switch to unsupported apps on your phone (ahem, like Google Maps), the CarPlay screen defaults to the home screen. There were times I wished the screen on the dash would continue to show the currently playing song controls while I had Google Maps running on my phone, but it’s a pretty minor beef. 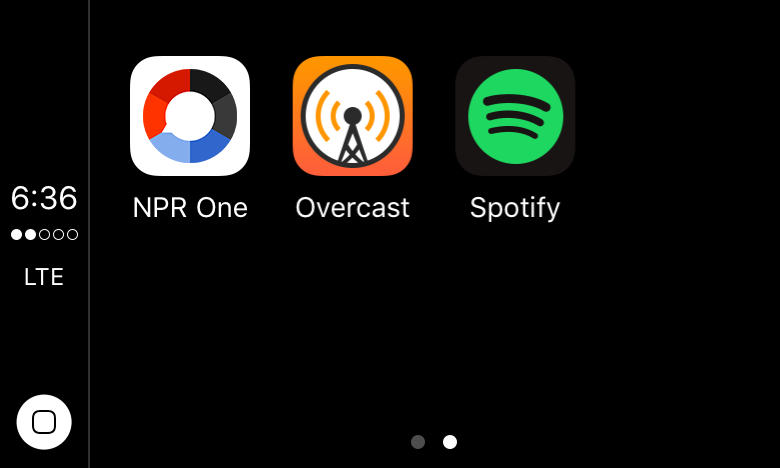 There aren’t many apps currently available for CarPlay. Google Maps is the biggest and most obvious missing app. Google and Apple’s eternal pissing match may prevent this from ever happening, especially with Android Auto (also on the Ridgeline, review to come here soon) supporting gMaps natively. I wish more apps that you use in a car worked from the dash’s touchscreen. I have apps that control my garage opener, lights in the garage, and house alarm system and it’d be nice to tap a couple buttons to open the door, turn on the lights, and turn off the alarm. I frequently tweak my Nest thermostat on the way home and it’d be useful to quickly turn on the heat or A/C an hour before I get home from inside the truck. I was surprised the companion app for Automatic wasn’t on my CarPlay screen natively.

For the most part, this is Apple’s attempt to make complex, confusing, and often ugly in-car entertainment systems look and behave like an iPad. Everyone that gets into the Ridgeline for the first time sees the large buttons and touchscreen and says “wow, that’s just like a giant iPad in your car!” which seems to be the design goal. One thing I noticed is CarPlay uses large fonts and light text on dark backgrounds in most apps, and it’s a smart design choice because it makes the interface look its best regardless of whatever screen resolution a car may support.

Like the first iPhone, the first iPad, and the first Apple Watch, CarPlay feels like a big step forward in a new product/area, and I’ll enjoy watching this product mature. I don’t know how CarPlay updates will be handled, either through the attached phone OS, or if it’ll come from updates from Honda, but I hope Apple puts resources and designers on the CarPlay project and continues to innovate in this new space for them.