Main | Dash mounts for your phone from ProClipUSA » 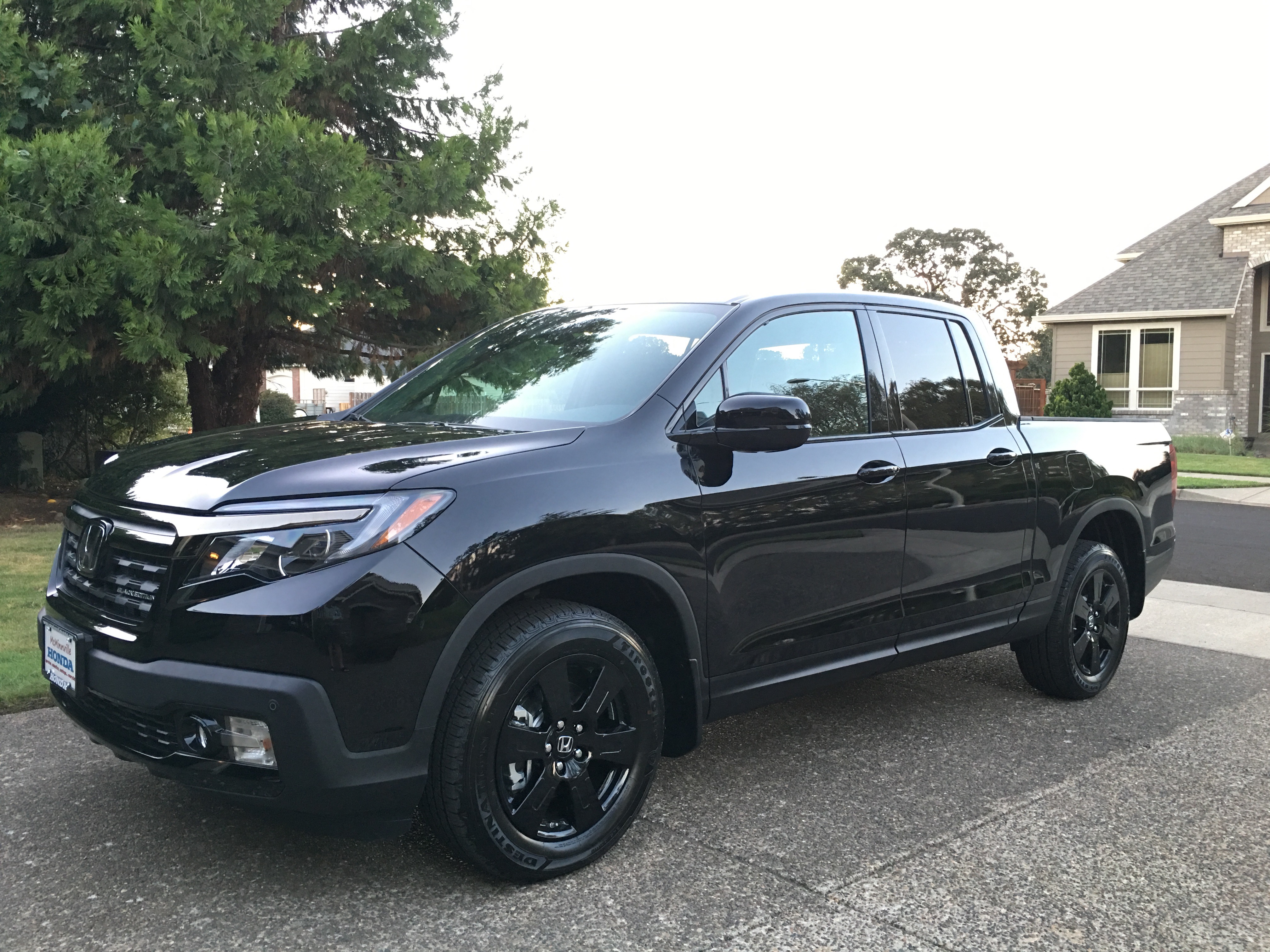 After owning a Ridgeline from 2006-2010, I knew I always missed that truck, so when I saw the new versions announced about a year ago, I paid close attention. I counted the days until they arrived at my local dealer, but before I could decide on one, I had to drive it.

I was hooked on the first drive, but sadly, the one I tested was already sold, as were the dealer's inventory along with pre-ordered trucks on the way. I ended up waiting a month to put a deposit down, then 3 more weeks before it arrived. After a bit of paperwork, the wait was finally over and I got to take home a new Black Edition Ridgeline of my own.

I'm liking this truck so much I've decided to blog about it. I'll review the features in the Ridgeline as well as cover all the small modifications I'm planning for it over the next few months. I'll also occasionally write up adventures I take with it. As for the name of this blog? It's what happens when you ask the King of Food Truck Name Ideas to come up with a moniker for your blog.