Dash mounts for your phone from ProClipUSA Since I first got a Honda Element in 2004, I've been a big fan of ProClipUSA. They make clean fixed mounts that slide into the creases and edges of dashboards and air vents. They are expensive, you have to pay around $30 for a mount and then another $30 and up for something that fits your exact phone. Having a fixed mount is a safety issue for me, because I'm never fumbling for my phone if I need to change a song or answer a call, instead putting music a quick finger tap away right next to the steering wheel where it never moves.

Before my truck arrived, I looked at interior shots of both the Ridgeline and the Honda Pilot and saw they shared a nearly identical dashboard, so even though ProClip earlier this month didn't offer a Ridgeline mount, I bought the Pilot version and hoped for the best.

Thankfully, everything fits perfectly, my iPhone 6s+ is as close to the steering wheel as it can be without causing any interference issues. Some quick shots of the installation are below.

In the following shots you can see the base mount clipped just left of the vent on the center console. Then the iPhone 6+ thin case mount is attached, then a shot of the whole thing working (and yes, I typically just use Apple Car Play instead, but it's handy to have next to the wheel). 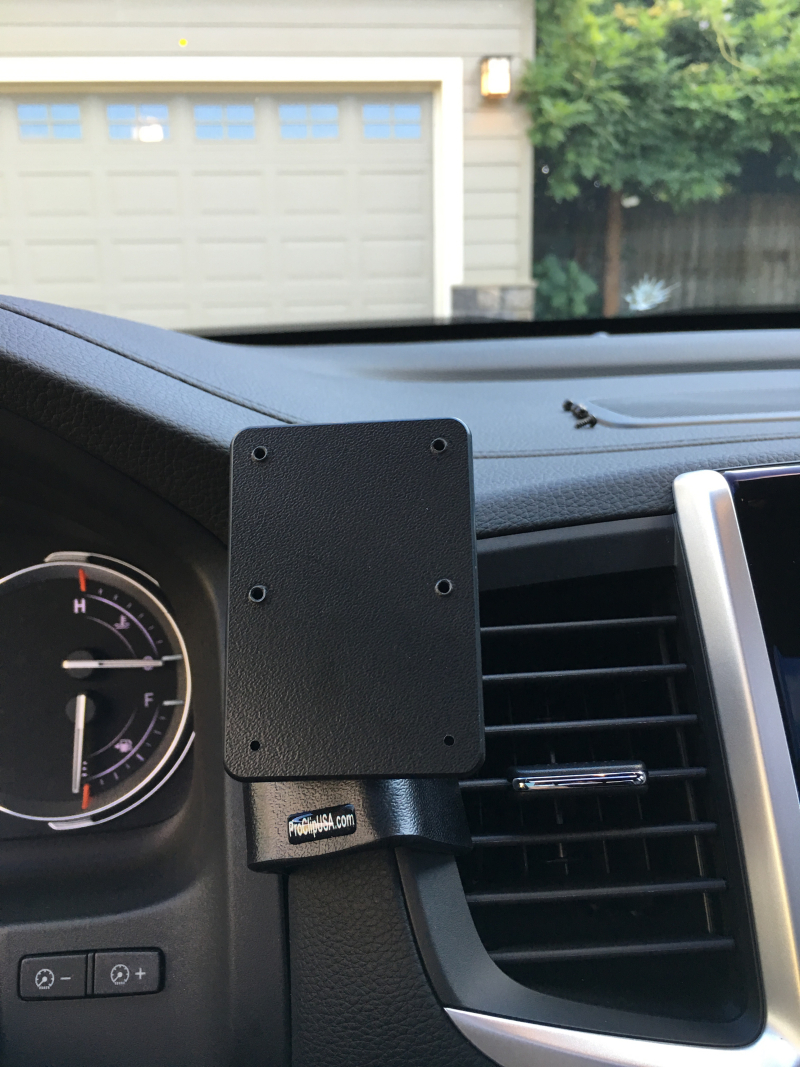 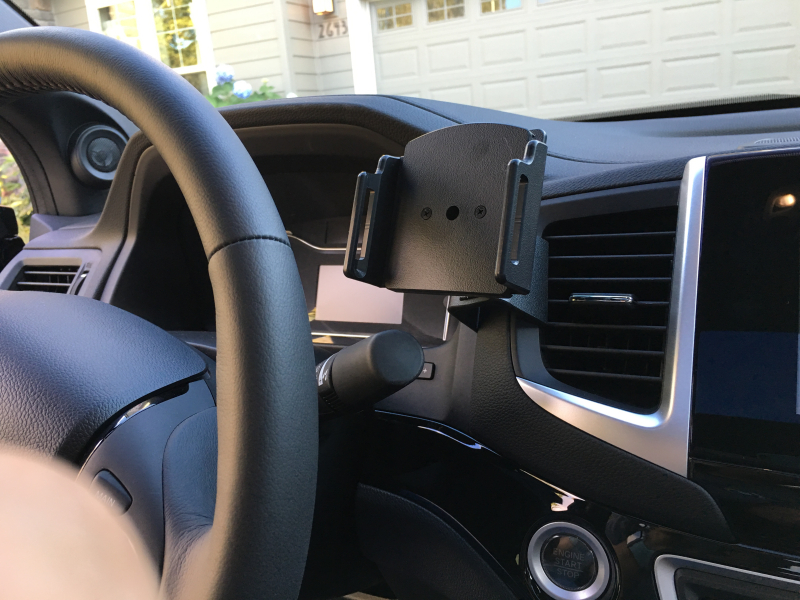 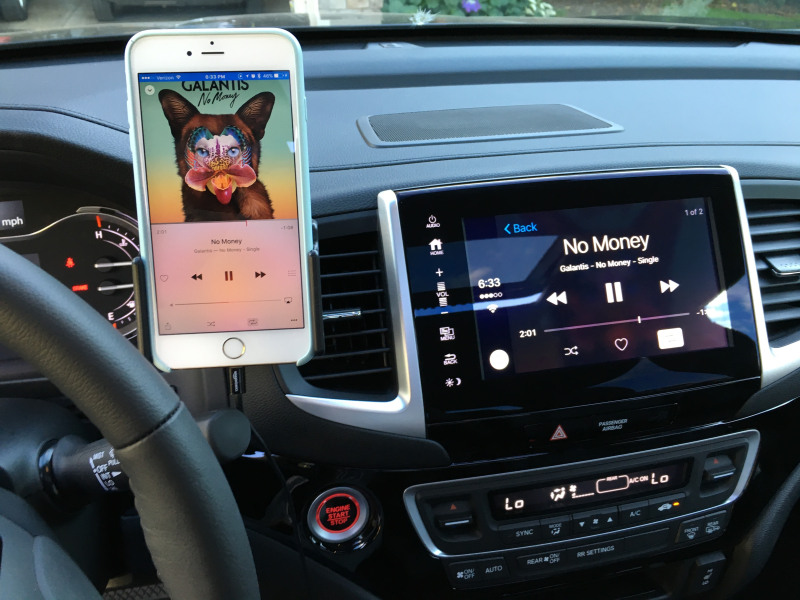